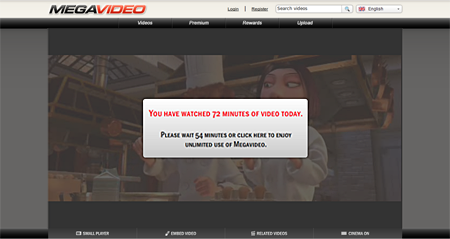 For Megavideo Movie just go to this adress http://www.cacaoweb.org/ and download the little addon, caoweb is a free plugin to watch, share and host videos and files online with no limits. You can also watch videos from platforms like Megavideo or Videobb with no time limit. don't forget to restart your browser once is installed